In Search of THE PROMISED LAND

A contemporary 90 min documentary on Land Reform in South Africa

In Search of the Promised Land

The Pilot can be viewed at:

“Land reform in South Africa must be implemented as a matter of urgency to address injustices of the past – and in implementation must be carried out in the consciousness that the land is both inherited by us from our ancestors, and – MOST IMPORTANT – borrowed by us from our children & our children’s children”.

On Thursday, 15 th November 2018, MPs voted in favour of a recommendation by Parliament’s Joint Constitutional Review Committee – to amend Section 25 of the constitution – thereby to allow for land “expropriation without compensation”. As the dust settles on what continues to be a highly emotive issue, what now are the hard implications of this judgement on land security for all South Africans and the future prosperity of South Africa going forward?

With 2019 an election year, land reform has now become the key issue driving political mobilisation where both the EFF and the ANC can be seen to be adopting populist positions. Introducing a biblical context to the argument, President Cyril Ramaphosa has termed land dispossession of the black community as South Africa’s “original sin” and – whilst straddling both positions – insists that expropriation will be done in an orderly way that will not disrupt food security.

“We cannot speak of true freedom when 10% of the population has more wealth than the remaining 90% combined,” Ramaphosa said. “We will not be able to say we have achieved freedom for all our people until we have corrected the historical injustice of accumulation by a minority on the basis of dispossession of the majority.

This issue of land has reared its head in a way where some people think it has been manufactured by politicians and political parties. No. Its time had come”. As substantial land-owners historically, the churches in South Africa also now find themselves centre-stage to redistribute church-owned land to the people. Acknowledging this, Anglican Archbishop of Cape Town, Thabo Makgobo – the voice of reason, & echoing the sentiment of church leaders across the country – issued the following statement:

“At a time in South Africa when tensions are building over how we control and manage the land, my call is for parishes and dioceses of our church to be in the forefront of the dialogue over land reform. The church can bring a different lens through which to focus on the land issue. We can infuse a debate otherwise being pursued political and commercial gain with the values of the Gospel: values of sharing, reconciliation and healing”.

This proposed 90-minute Documentary, working title: “In search of the Promised Land” sets out to be a clear, definitive exposition of the land issue in South Africa. As a particular objective, the documentary will cut through the political hubris & populist positioning by political parties as we move into the 2019 election year – to give a clear understanding of the implications of the judgement to amend Section 25 of the Constitution which now enables land “expropriation without compensation”. The final structure, message and storyline will be guided and driven by the identified premise which states that:

“Land reform in South Africa must be implemented as a matter of urgency to address injustices of the past – and in implementation must be carried out in the consciousness that the land is both inherited by us from our ancestors, and borrowed by us from our children & our children’s children”.

In so doing, the documentary will look at the history of land ownership, allocation & dispossession in South Africa and critique, analyse and evaluate the land reform policies initiated by the democratically elected ANC Government in the first twenty-five years of democracy.

Through interviews with key players &amp; stakeholders – the documentary will identify and present the various relevant positions currently held on how land reform should proceed going forward. It will also look at projects initiated that successfully fulfil the post- Apartheid vision around Land Reform. As such, the documentary takes into account the past whilst clearly acknowledging that whatever decisions are taken regarding the land reform program must look to the future and be for the ultimate benefit of generations to come. 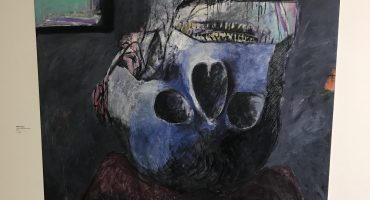 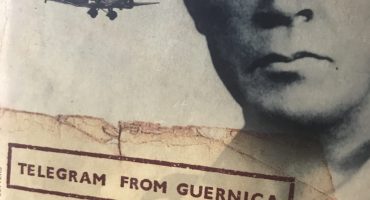